The History of the Flash 12K

The Flash 12K (approximately 7.45 miles) began in 1989 and has only known one race director – Joe Dexter. Well, somewhere along the way he picked up a pretty good co-director and wife, Nadine. That is a good thing because you can always count on Joe and Nadine to produce a well-organized event. It did not become an official club race until 1998. Joe says the idea of putting on a 12K race came to him while reading about two of the largest races in the United States – Bay to Breakers in San Francisco and the Bloomsday Run in Spokane. Shocked that a 12K could be such a large race, Joe decided to introduce GWTC to the idea. His first obstacle was finding a course. He said that he remembered a 5K that had started at Buck Lake Road and ran to Chaires Elementary school, finishing under a “very large oak tree.” He drove out to the school and began laying out a course. The idea to call it The Flash 12K came while Joe was playing in the Cosmic Cat comic book store with his sons. (Yeah, right Joe, try to blame it on the kids.) His son Chris was a collector and they found a Flash comic book – The Fastest Man Alive. A perfect symbol for a race. 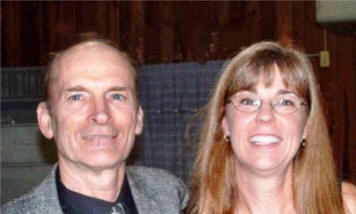 The race stayed at Chaires until 2004. It starts at the Chaires Elementary school and runs out Chaires Cross Road just over two miles to Buck Lake. It turns right on Buck Lake and continues until the half way mark where you loop a cone and return to the start. The out and back course is full of rolling hills and lined by pretty countryside. There is a nice curve in the road (where horses watch you run) and a downhill finish where you can sprint if you have anything left. The race finishes right under the big oak that Joe remembered. Traffic became a problem though as the area saw tremendous growth over the years and in 2005 the race was moved to J. Lewis Hall Park in Woodville and now runs on the St. Marks Trail.

One of the most unique features of the race has been the T-shirt. Always long sleeve and always related to the Flash theme. For the first nine years the shirts featured variations of the Flash Character. Since then the shirts have featured a bolt of lightning. Another great idea for this race started four years ago when Cindi Sedberry approached Joe with an idea. The Chaires-Capitola Homeowners Association would sponsor the race by providing pies and cash prizes. The cash prizes never took off, but the pies have remained a great addition. This tradition did not move to the new course, but hopefully, by 2006 the pies will be back.Until 2005, the course remained virtually the same, making comparisons from year to year very valid. There was a minor modification in 1995 that required the course to be re-certified. The 2005 course was flat and fast, but there were few changes in the record book except for the women’s masters’ list. Check out the top 10 finishing times and the winners by years for both overall and Master’s competition.