Boston, We Are Still With You

Members of GWTC and the Tallahassee running community sent a banner to the Boston Athletic Association, the organizers of the Boston Marathon, letting them know that we were with them! The banner was signed by runners and volunteers participating in the 2013 Palace Saloon Race where a record number (1390) of finishers showed their support for the people of Boston by wearing blue and yellow ribbons. 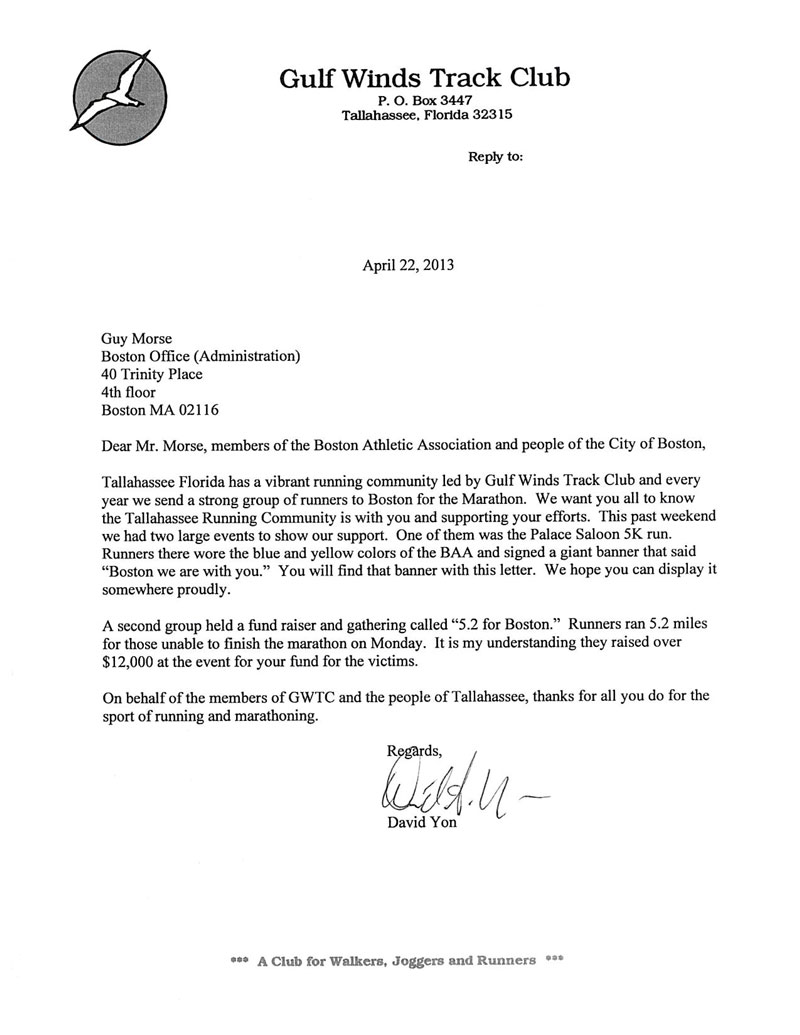