What makes a race successful is difficult to determine and certainly varies from one event to another. When asked to talk about the topic, I always encourage race directors to clearly define what they are expecting from a race. Reasons for putting on a race very from raising awareness of a disease, protecting the memory or legacy of someone, fund raising, and of course just providing an opportunity to race. There are for profit events and nonprofit ones. The variation in events range from the very simple 5K with less than 75 participants to the complex marathons with tens of thousands of participants traveling over the streets of major cities such as Boston and New York (and of course Tallahassee).

RunSignUp, a race registration company, just released a report entitled “Race Trends – Annual Statistical Report.” The company reports it registered 6,228,326 participants during 2018, a 26% increase over 2017. However, in order to better measure whether the endurance events covered by RunSignUp are increasing in size (as opposed to whether the company is growing because it is picking up new business), RunSignUp compared just the races it provided registration services to in both 2017 and 2018. In that comparison, the numbers suggest a slight decrease of .01 percent fewer people registering (4,336,935 in 2017 and 4,331,563 in 2018). RunSignUp noted “This reinforces general reports of flat to declining numbers of race finishers from Running USA and the New York Times.”

I recommend the report for race directors looking to improve attendance at their races. The data is not complete – as the authors point out the data is built only from races where RunSignUp is the registration software and RunSignUp is a relatively new participant in this market. But it is still informative to review and analyze.

One of the report’s c onclusions stated that runners are seeking “diversity” in their participation – trying new events each year, and prioritizing events with unique, fun elements (and often, those that are untimed).

This advice was followed by a recommendation:

“Cultivate a distinctive brand for your race and use email marketing, social media, and referral programs to reinforce the message that your race is unique.”

An ecstatic Keith Rowe had finally reached a point on Saturday, February 16, where he could stop worrying about the details of the Flash 12K and 6K races and instead enjoy the setting for the post-race celebration at Cooter Stew Café in St. Marks. The big smile on his face told everyone how he thought the morning had gone. The turnout, just short of 300, was good. Keith’s second time at directing these races was, in fact, a resounding success. Overall the execution was good. 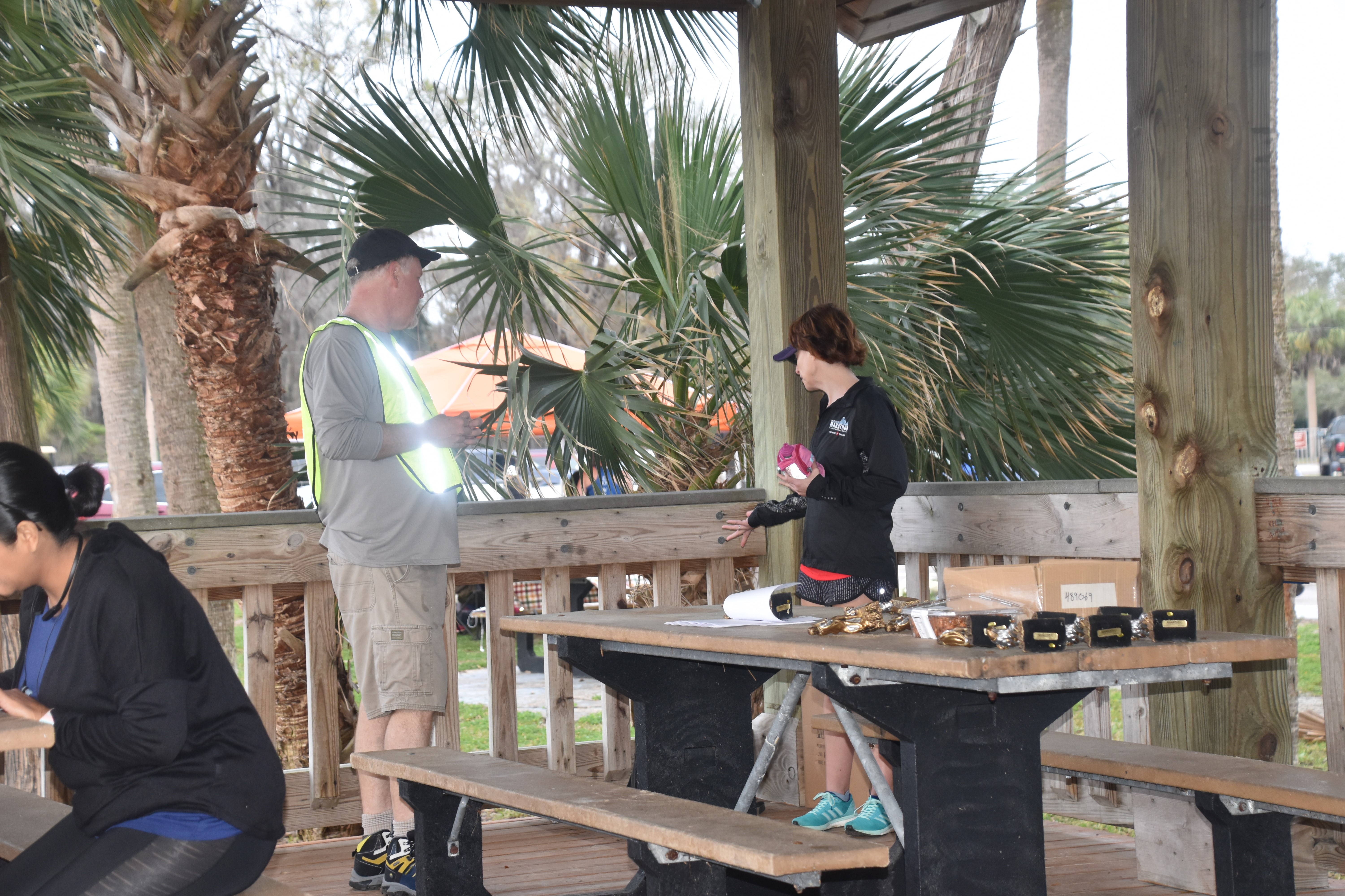 Mark Priddy, Keith’s predecessor, was there to help assure continuity in an event that was first run in 1989. Joe Dexter, the first race director and the creator of the event says the idea of putting on a 12K race came to him while reading about two of the largest races in the United States – Bay to Breakers in San Francisco and the Bloomsday Run in Spokane. Shocked that a 12K could be such a large race, Joe decided to introduce Tallahassee to the idea. He also shared a comic book addiction with his kids and from that found a hero worthy of having a race named after him – The Flash.
Mark’s seven years as race director ended in 2017 but he left a strong foundation for his successor. It was, in fact, Mark who moved the race from J Lewis Hall Park in Woodville to the confluence of the St. Marks and Wakulla Rivers near the San Marcos de Apalache State Park. The courses run through a St. Marks neighborhood for about 2 miles before jumping on the St. Marks Rails to Trails path and heading north. Each race turns around on the trail at its respective turn around point and retraces the same route to return to the start (and finish) line.

The distances of 12K and 6K are unique as far as the local race scene goes. (Not entirely unique of course as the December race at the ARP, the Tannenbaum, is a 6K cross country race.) Add to that the opportunity for a fun postrace social in the small town of St. Marks (this year at Cooter Stew Café) and you have a fun event that hopefully will climb back above 300 particpants and then just keep growing.

With a home in a quirky little town and the confluence of two rivers making their way to Gulf providing a beautiful background, it looks as if Keith and his troops are ready to meet and surpass the recommendations from the RunSignUp report for a sustained, successful event.