Fourth of July Race on its Way (David Yon)

It has taken a long time, but it appears that Tallahassee has found its 4th of July race. While it is still a long way from the 55,000 runners who run the Peachtree 10K in Atlanta, race director Cole Tessier and his volunteers and supporters celebrated a record turnout for a 4th of July race in Tallahassee (according to my unofficial search) during this year’s Capital City Kiwanis Club Firecracker 5K Race and 1 Mile Sparkler Run. There have been very few successful 4th of July races in Tallahassee over the years. For 2017, however, approximately 517 runners finished the 5K and another 88 ran the mile for a grand total of 608 finishers, taking full advantage of Cascades Park. And most of them were happy and having a good time. Now that a race has the “big mo” on its side, I think it will grow into a top five race in Tallahassee with more than 1000 finishers. 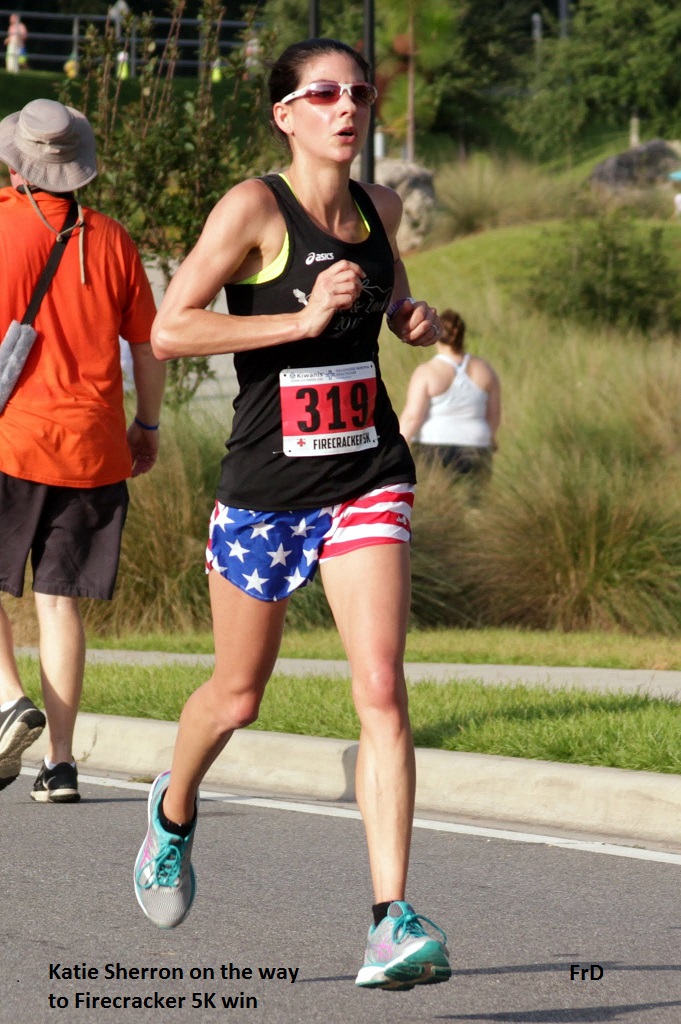 Across the country, 2016 data confirmed the 4th of July as the second busiest racing day of the year. The Peachtree 10K in Atlanta remained king in 2016 with 56,993 finishers. According to Running USA, 329,620 runners finished a race on the 4th of July, a number that was 13% higher than 2015 (http://www.runningusa.org/fourthofjuly). While the data for the current year is not in yet, race directors on the 4th of July are discovering what Turkey Trot race directors have learned. “The most successful events, not just races, are those which bring together family and friends to celebrate,” said Rich Harshbarger, Running USA CEO. “The Fourth of July is a perfect example of this and shows the power of putting on a race can have on communities, adding an extra layer of cohesiveness and celebration.” I would be surprised if these trends did not maintain themselves in 2017, but Running USA is careful with its statistics and it is not likely those numbers will be out much before the end of June next year. I can say that the Peachtree 10K did its part again, over flowing its 55,000-runner cap. The Tallahassee race will not continue to grow simply because it is on the 4th of July. History shows us that. Strong organization and commitment by its race director, Cole Tessier, and the Capital City Kiwanis Club have gotten the race out of obscurity, but they will have to remain in place and build that family appeal to keep the race growing. The support from the GWTC timing team and finish line crew has helped maintain and shore up the organized part as the crowds grow.

Two of the race’s biggest advantages can also be major disadvantages. It is on a holiday that emphasizes family celebrations, but it can fall on any day of the week. For some reason (and I have no statistical source to cite for support), it seems as if more Tallahassee residents leave town for the beach or the mountains on the 4th than travel to Tallahassee from other destinations, especially when the holiday falls on a Monday or a Friday. While there are plenty of runners staying in town for the Fourth of July, they must get the message that the Firecracker 5K is a great way for runners, including families, to begin their 4th of July celebrating. To keep the race growing, race organizers must keep it fun and family friendly (cost wise especially). Runners love to wear red, white and blue and I have to admit the crowd did a pretty good job singing the national anthem!

While there is still a lot of capacity in Cascades Park, the organizers also need to keep an eye on that issue. If the numbers continue to grow, the sidewalks may not be big enough to handle the crowd at some point. I thought the adjusted start and finish line this year were very positive and the new registration area was kinder to runners with more shade that there was on top of the hill.

And speaking of shade, because there is so little on the course, I think it is worth looking at a 7:30 a.m. start for the 5K. I am not sure what to do with the mile if that happens, but on a hot day that 30 minutes makes a difference because so much of the course is unprotected from the sun.

If you want to race locally next weekend, you will need to return to the trails for the 3rd and next to last race in the GWTC trail racing series. Don’t let the word “racing” or the word “trail” scare you. Jim and Kristin Halley and their crew of volunteers continue to do a good job on this series. It is a great way to explore Elinor Klapp-Phipps Park, entering from Miller Landing Road

In the meantime, thanks again to Cole and the Kiwanis Club for giving us a great way to celebrate and enjoy the 4th.