Running Can Still Bring us Together 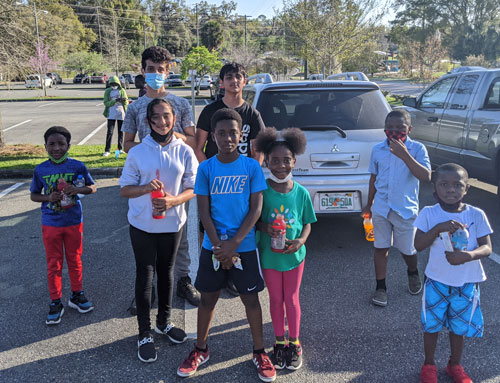 Running can still bring us together

​Running can still bring us together.

It is a hell that can hardly be imagined while sitting in the comfort of my home. But hearing the anguish in the hospital administrator’s voice makes me know something bad wrong is happening.  He just wants “the bombs to stop,” especially the ones deliberately aimed at hospitals.

This is Syria after 10 years or more of cruelty and war. Many in Syria have nothing left and have become refugees in the country of Jordan, unable to survive in a place once called home that has become inhospitable with bombs effectively dismantling the country’s infrastructure, including the decimated healthcare system.

Far away from the bombs and gunfire, a Syrian refugee huffed and puffed as he chased other children around Kleman Plaza in the first ever IRC/GWTC group training session on Wednesday, March 17, 2021. Among the IRC group were participants from Syria, the Democratic Republic of the Congo, El Salvador and Colombia. Instead of exploding bombs, the loudest noise the 37 participants heard was the sound from the adults enthusiastically cheering them on to run faster.

Una Bilic is the Site Manager for the International Rescue Committee’s (IRC) Florida office. She explained that the IRC is a refugee resettlement agency with 26 offices across the US, including two in Florida – one of which is in Tallahassee. The Tallahassee office was opened in 2015 and has since resettled more than 500 refugees to the Tallahassee area. The IRC assists people who have been cleared to move to the United States in attaining self-sufficiency via employment and integration into their new communities.

Una says a refugee “is a person who is forced to flee their homes due to war, violence, persecution or natural disaster, and is unable to return to their country of origin.” Refugee status is given by the United Nations. Once a family gets refugee status, they are placed on a waiting list for resettlement to a new country.

The US Refugee Admissions program is a public-private partnership between refugee resettlement agencies, the federal government, and the local governments and communities that welcome them. Refugees are vetted and accepted by the US government to come into the United States.

Once they get state-side, IRC gets all their documentation, from social security numbers to Florida IDs. After one year, they get their green cards and in five years citizenship.

While many people talk about what should be done and who should do it, Danny Manausa is quietly in the back room working on ways to get it done and to make his community a better place. He is familiar with the Tallahassee Office of the IRC. “Our law firm, Manausa, Shaw & Minacci, P.A., provided Christmas presents for the families’ children.  It was special to go into the homes and meet the families.  Their positive attitudes and hope for the future despite horrific back stories was very inspirational.  I presently mentor a very special and promising young man from El Salvador.  He has taught me more than I have taught him beyond a shadow of a doubt.” Danny’s mentee was the first to complete Wednesday’s run.

Danny has also been serving on the GWTC Diversity Committee. He quickly drew a line between the two organizations.  Why not create a special training group to help refugee families to interact with local runners. Danny explains: “Short term goal is to provide the families with the physical and mental health benefits of exercise.  The long-term goal is to have the families as fully integrated members of our running community.”

The logistical problems caused by four different languages and lack of transportation were forgotten when we heard the children laugh and play during the training session.

Waiting around while others bluster is not Chris Turner’s style either. He is the chair of a new committee at GWTC called the Diversity Committee.  I asked him what (beside Danny’s enthusiasm) got him excited about working with IRC.

“A need to expand opportunities to those who do not have the same privilege that I have. I joke that I am a black kid from the suburbs, I went to good schools, graduated from college, and have a job that allows me to provide for my family. I am privileged. I know the enjoyment my extracurricular activities bring me, the community I am part of, and wanted to find a way to bring that to others and let them know they are welcome. No matter their race, gender identity, sexual orientation, or socio-economic situation, running is for everyone and we want to break any barrier to entry.”

Chris sees a major benefit of the program to create a legacy by planting seeds in a garden that will grow over time. Chris hopes this “leads to a partnership with many organizations and a fully focused community goal. There are so many groups that could benefit from something like this. I also think it gives people a chance to see  how much you can help others is only limited by your creativity.”

Una stated: “We are always looking for ways to integrate our clients into the Tallahassee community. We want them to feel welcomed and proud to call Tallahassee their new home. This opportunity will assist with their integration and get them involved in a group that is outside their church and school.

We have all seen the magic of people running together.  Thanks to those who make it happen.