The Marathon’s A Comin’ 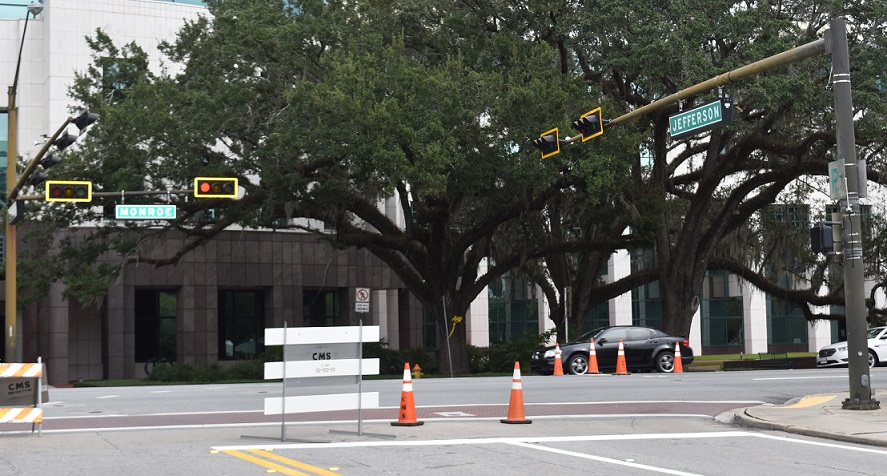 On January 14, 2018, we are a mere 20 days away from the start of the Tallahassee Marathon and Half Marathon. It has been exciting to watch the way the entire community has rallied around the event the last few years. Thanks in no small part part to a lot of energy from our previous race director, Eli Rosario.

The course has continued evolving over the last few years and, I believe, we have the best Tallahassee Marathon course ever this year. The start is still in front of the courthouse on Monroe Street under the oak trees and the marathon will take in most of the major parts of Tallahassee. Here is hoping the church bells ring again this year. Runners from both the half and the full marathon will find themselves cheered as they run through a vibrant mid-town district before finding Mahan Drive and running along Franklin Boulevard, past the historic land mark community known as Smokey Hallow and around to Cascades Park before climbing up (yes, I did say there were still hills) to Meyers Park, one of Tallahassee’s great communities. There will be a fast way out of the neighborhood though, down to the Cascades Park Trail Pedestrian Bridge. The runners will continue on the Cascades Trail along FAMU Way in front of Florida A & M University. Not long after that, the marathon and half marathon runners will find themselves approaching the beginning of the Tallahassee-St. Marks Historic Railroad State Trail. They split here as the half marathon runners cross over the trail and navigate a brand-new round-about before heading down to Lake Bradford Road. 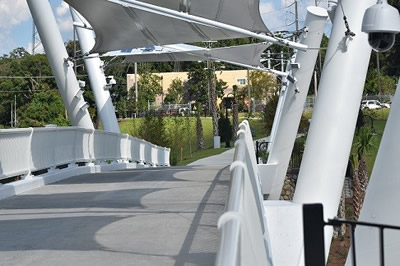 The marathoners turn left and enter the St. Marks Trail at its official start and begin a unique journey that will offer special views and plenty of flat fast terrain. They will run through Jack Gaither neighborhood and then take a loop (about three quarters of a mile) around Lake Henrietta, home to some very unique migratory birds and a part of the area storm water system (that includes Cascades Park). It has become a very special place to run for me. After the lake marathoners will follow the finish for the Sickle Cell 5K course before getting back on the St. Marks Trail. The marathoners will turn around on Crossway Rd. and return to the place where they left the half marathon runners. The trip back to the point of departure stays on the St. Marks Trail.

Runners will get to celebrate the legacies of two of college football’s all-time greatest coaches – Bobby Bowden and Jake Gaither, perhaps the only two coaches who can combine for 500 wins at two different universities in the same city. The trip back will include running through some of the best landmarks at FSU, including a trip between Doak Campbell and Howser Stadiums on the legacy walk where you can find the All American stones for one Mr. Herb Wills and Mr. Ken Misner.

After a loop by the Unconquered Statute, runners will head for College Town and Madison Social. The end will be just out of sight and we are hoping for a big crowd here. The finish will be tough, but not impossible. And, we are still working on some musical surprises for runners as they climb their way to the finish. Energy!

Both the full and the half m 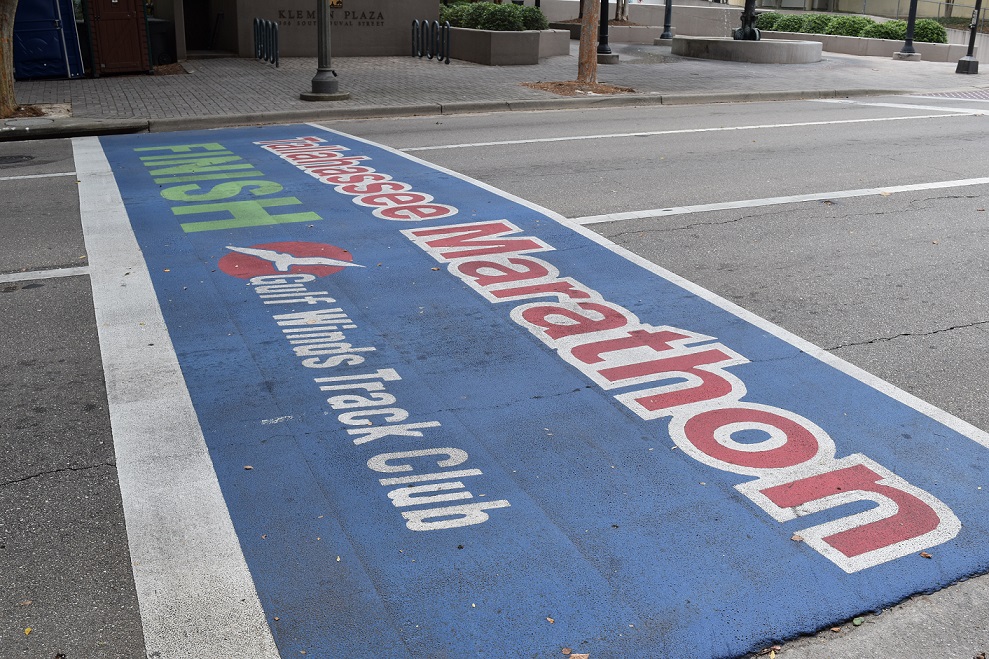 arathon courses will be faster than any course since the flat days of the FSU track. There are still some tough hills on the courses, but I believe you will find the course much fairer and very interesting. The city has been great about keeping the finish line looking good, despite the repaving of Duval Street. It is ready to welcome runners who were willing to take the challenge. This year, in addition to the marathon and half marathon divisions, there is a relay division. If you don’t want to run the half or marathon distance, you can put a team of four runners together and just run a quarter of a marathon each. It is a great way to be a part of the Tallahassee Marathon.

It is our city and the marathon is a great way to show it off. Here is hoping you will be a part of it as a runner, sponsor, volunteer or just a supporter willing to cheer the runners on.