Summer Track is Fun for Kids!

Tonight is the sixth meet of the 2019 Summer Track Meet and the two mile race is the grand prix event. Runners of all ages are welcome, but the kids will be out in full force. Each year, Gulf Winds Track Club teams up with Tallahassee Parks and Recreation to host the eight-week Summer Track Series. It takes place at the Maclay School track, beginning on the first Thursday evening in June. Runners of all ages are asked to arrive no later than 6:45 p.m. There are opportunities for runners of all ages and abilities to enjoy running a variety of distances. There are no “requirements” for participation in the track series. It is free and open to the public. Runners do not have to be fast or be a member of GWTC to participate. Anyone with a “need for speed” or just a “need for fun” is welcome! 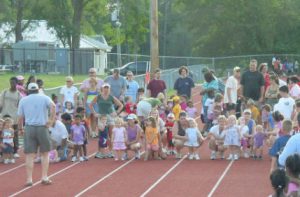 The Summer Track series Grand Prix series for GWTC members is based on the weekly Featured Event. The 100 meter dash is the Featured Event in week one. The event is the next one up in distance (200m, then 400m, etc.) each week after that through the 5K in week 7. Only GWTC members are eligible to participate in the Grand Prix series. Membership applications are available online or at the track so that non- members may join and become eligible. Club membership is required ONLY for Grand Prix participation, NOT for Summer Track series participation. A GWTC table will be set up in the infield of the track and will have volunteers ready to help participants. GWTC members who wish to participate in the Summer Grand Prix will be split into two groups: Age 9 and under and Age 10 and older. The two groups will be scored differently.

Some parental assistance may be needed for age 9 and under runners. On the first evening of participation, the parent or child should complete a score card (provided at the GWTC table) including the child’s name, age, gender and verification of the child’s membership in GWTC. This score card will be held by the GWTC volunteers and used for the entire series. Each week that the child participates, the parent or child needs only to “check in” with the GWTC volunteers so they can get the child’s score card ready. The 9 and under series scoring will be based upon participation, not times or placements. Children aged 9 and under will run the Featured Event for the first 5 weeks (up to the mile). In weeks 6 and 7, the children may choose any of the offered events under 1 mile to count. Children ages 9 and under may run longer distances at their parent’s discretion, but we will not score children 9 and under for distances longer than 1 mile. Upon completion of the Featured Event, each child will be awarded a finisher ribbon. The child or parent should proceed to the GWTC table to show this ribbon to the GWTC volunteer who will place a sticker on the child’s score card recording the child’s participation in that Feature Event. Parents are encouraged to watch their child’s finish and listen to the times called by the track volunteers and to record their child’s time if desired.

The results of the GWTC Summer Track Series will be posted on the GWTC web page as quickly as possible each week. GWTC will present the Summer Grand Prix awards in the 8th week of the Summer Track Series. Participation in at least three races is required in order to be eligible for an award. Children ages 9 and under will awarded based on the number of races in which they participated. Runners ages 10 and up will be awarded based on race placement and accumulated points in Youth, Overall, and age group categories.

The Summer Track Meet takes place, rain or shine. In the event of lightning and/or thunder, the track meet directors will postpone or cancel the event for the safety of the runners.

Please join us for the Summer Track series every Thursday at 6:45 p.m. beginning on the first Thursday evening in June. You’ll be glad you did! 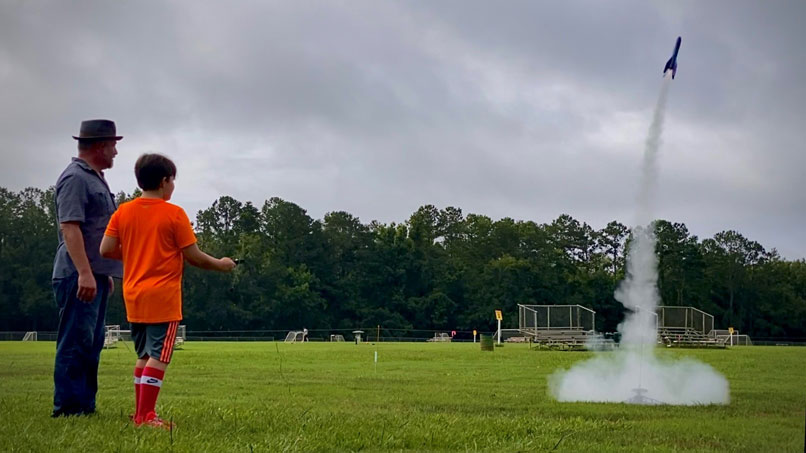 Youth on the Run

The Youth Running Group got the weekend off to a good start with a visit at Thursday night practice from Florida State University track and cross country runner Alyson Churchill.  Alyson is a freshman at Florida State.  The following stats are from the FSU web page: ...